A huge thank you to our friends at the Lake District Foundation for supporting the Museum with the Low Carbon Lake District Grant Scheme.

The Museum is run by a group of volunteers who would welcome new colleagues as the Museum expands. If you have the spare time and think you could help in any way on site, we'd love to hear from you. You'll find it a very friendly place with lovely views and it would be entirely up to you how much time you give. You will find our contact details above.

Threlkeld Quarry is also the home of the Vintage Excavator Trust.

Do come along and join us for our working weekend and see a variety of excavators in action. All are welcome and there will be a selection of food and drinks available!

Here at Threlkeld Quarry we have our own narrow gauge railway.

The line is currently half a mile in length and has some steep gradients including a section of 1/20.

See below to view information about our three passenger locomotives.

There is a selection of internal combustion and battery electric locomotives on display in the Top Shed. 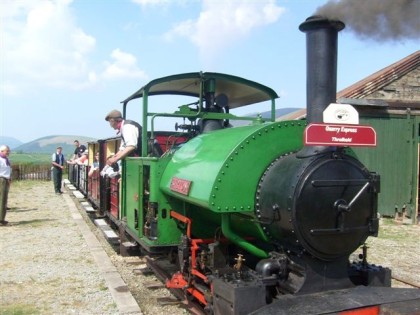 SIR TOM completed the first full season of work at Threlkeld Quarry and Mining Museum in 2010. Sir Tom was rebuilt and is driven by Ian Hartland.

The loco was made by Bagnall of Stafford in 1926 and named after Sir Tom Callender of British Insulated Callender Cables. This 0-4-0 saddle tank narrow gauge loco worked at BICC in Kent until 1968. After lying idle for thirty three years, it arrived at Threlkeld in 2001, and since then has undergone complete restoration. Sir Tom is used to haul passenger trains from the middle quarry into the inner quarry.

During the winter of 2017, 'Sir Tom' had his '10 yearly' boiler examination - this involved taking off the saddletank, the boiler cladding and most of the fittings. Thankfully he passed with flying colours and we can look forward to another 10 years of steaming!

SIR TOM hauls passengers daily in the summer holidays and on other weekends. In quiet periods one of our collection of vintage classic diesel locos is used. ﻿ 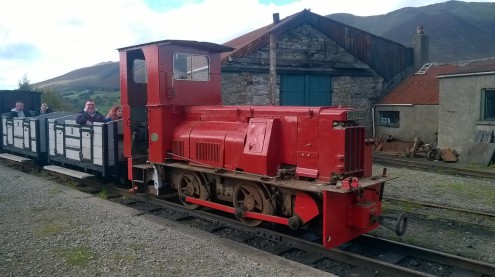 This is one of only two known 2 foot gauge survivors of this type of locomotive. It is powered by a 50 horse power Gardner 4L2 engine.

It was owned by the National Coal Board and came from the South Yorkshire area.

It was retrieved from underground prior to the colliery closing - having stood awhile it had aquired a foot of coal dust on the bonnet!

This loco has been altered here at Threlkeld Quarry and Mining Museum to make it more suitable for passenger trains. This included a larger cab with better visabilty.

This loco has recently returned to service after a complete rebuild. 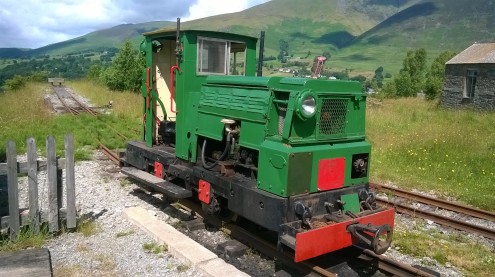 This locomotive was built in 1947 by Ruston, a firm based in Lincoln - also known for building oil engines, locomotives and excavators!

An Ex Royal Navy Armaments Depot Loco, based at Broughton Moor, near Cockermouth.

We acquired the Loco when the Depot closed in 1994, from
here it was regauged from 2' 6" down to 2' and fitted with air braking so it can operate our passenger trains.

This locomotive is also in service.